Shanghai Disneyland is a theme park located in Pudong, Shanghai that is part of the Shanghai Disney Resort. Construction began on April 8, 2011 and opened on June 16, 2016. The park has six themed areas when first opened: Mickey Avenue, Gardens of Imagination, Fantasyland, Treasure Cove, Adventure Isle and Tomorrowland.

13 attractions include:
Alice in Wonderland Maze 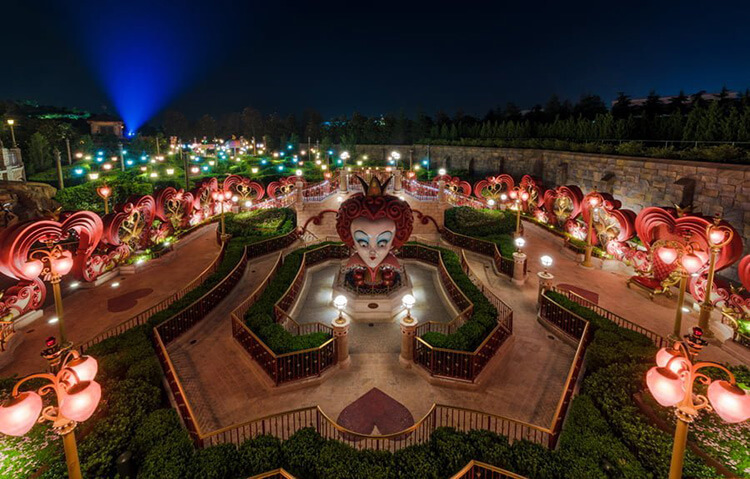 "Once Upon a Time" Adventure

The Many Adventures of Winnie the Pooh

Voyage to the Crystal Grotto

Pirates of the Caribbean: Battle for the Sunken Treasure

Soaring Over the Horizon

Festival of The Lion King